The Accumulation of Capital- An Anti-Critique

This is the limit of Bauer’s own explanation of capital accumulation. What is its practical conclusion? Bauer expresses it as follows:

The result of our investigation is (1) that capital accumulation is possible even in isolated capitalist society, provided that it does not extend beyond a certain defined limit (i.e. the growth of the working population – R.L.); and (2) that the mechanism of capitalist production itself automatically brings it back to this limit.[1]

Immediately afterwards, Bauer summarizes the quintessence of the practical application of his theory in a concluding chapter, where we read:

Comrade Luxemburg explains imperialism in the following way: the conversion of surplus value into capital would be impossible in an isolated capitalist society. This is possible only if the class of capitalists expands its market continuously, so that it can sell that part of the surplus value which contains the accumulated part of surplus value in areas as yet without capitalist production. This is the object of imperialism. As we have seen, this explanation is incorrect. Accumulation is both possible and necessary even in isolated capitalist society.[2]

Thus Bauer, by way of a diversion in the form of a newly discovered ‘population theory’, clings like the other ‘experts’ to his proof that capitalist production and accumulation can thrive even under conditions which no mortal being has yet set eyes upon. And he thinks he can use this as a basis for an approach to the problem of imperialism!

Let us make one thing clear: in the process of appearing to defend Marx’s ideas as expressed in the second volume of Capital against me, Bauer once again ascribes to Marx a discovery which runs directly counter to Marx’s assumption.

Marx was definitely not dealing with an ‘isolated capitalist society’ and its simultaneous coordinate assumption of the existence of other, non-capitalist societies, and I have never referred to such a society. This tasteless picture appeared for the first time, like Venus from the waves, in Otto Bauer’s theoretical imagination. Let us remind ourselves how Marx formulated his premise. In the first volume of Capital he expressly states his intention of assuming, ‘in order to examine the object of our investigation in its integrity, free from all disturbing subsidiary circumstances’, that ‘the whole world (is) one nation’, which formed an economic whole and ‘that capitalist production is everywhere established and has possessed itself of every branch of industry’.[3] And in the second volume he states equally explicitly that his investigation of accumulation is based on ‘the general and exclusive domination of capitalist production’.[4]

That is very explicit. Thus Marx did not assume the childish fantasy of a capitalist society on Robinson Crusoe’s island which secretly thrives ‘isolated’ from continents of non-capitalist peoples, of a society in which capitalism has developed to the highest possible level (since the population consists solely of capitalists and workers), which knows nothing of either artisans or peasantry and has absolutely no connexion with the surrounding non-capitalist world. Marx’s premise is no fantastic absurdity, it is a scientific fiction. In fact, Marx presupposes the real tendency of capitalist society. He assumes that the state of total and universal rule of capitalism has already been reached, that highest development of the world market and world economy which capital and every present economic and political development is in fact heading for. Thus, Marx is placing his investigation on the tracks of the real historical tendency of development, whose final goal he takes as already reached. Scientifically speaking, this method is quite correct and, as I have shown in my book, completely sufficient for the investigation of the accumulation of individual capital, even if, as I believe, it becomes incorrect and misleading when applied to the main problem: the accumulation of aggregate social capital.

Bauer, on the other hand, produces the grotesque picture of an ‘isolated capitalist economy’ with no intermediate strata, no artisans and no peasants, which never has existed and never will, and which has nothing to do with reality and the tendency of development; a creation, therefore, whose ingenious ‘mechanism’ contributes as little to clarifying the laws of capitalist accumulation as Vaucanson’s[5] famous mechanical models did to explaining the physiology and psyche of the human organism. Until now only bourgeois economists employed the naïve device of an ‘isolated economy’, using this puppet to demonstrate the laws of global capitalist production. Nobody mocked the bourgeois ‘Robinsonians’ as cruelly as Marx. And to cap it all, Bauer’s Robinsonian escapades are meant to explain Marx and put him on an ‘objective basis’.

But Bauer has good reasons for his ‘explanation’. For if, like Marx, one assumes that the ‘general and exclusive domination of capitalist production’ has already been universally attained, one excludes imperialism and no explanation can be found for it, since it has already been historically overtaken, killed and buried by the very assumption. Under this assumption one can as little describe the process of the imperialist phase as, for instance, one can portray the collapse of the Roman Empire under the assumption of the already existing general rule of feudalism in Europe. Faced with the task of uniting present-day imperialism with the theory of accumulation as sketched in the fragment in the second volume of Capital, the ‘expert’ epigons should have opted for one of the following: either deny that imperialism is a historical necessity or, as I do in my book, reject Marx’s premise as mistaken and investigate the process of accumulation under historically given conditions: as capitalist development continuously interacting with a non-capitalist environment. A man like Eckstein, who has understood nothing about the matter in hand, is obviously not faced with the difficulty of choosing between the two alternatives. But Otto Bauer, who eventually saw the trap, finds his solutions, as a typical representative of the ‘Marxist centre’, in a compromise: capitalism can indeed thrive on Robinson Crusoe’s island, but there is still a ‘limit’ to its thriving in isolation, and it can only overcome this limit by trading with the non-capitalist environment. ‘There is a kernel of truth behind the false explanation (i.e. mine – R.L.),’ he announces in conclusion.

‘Accumulation is not impossible in an isolated capitalist society, but it is placed within limits. Imperialism in fact serves to expand these limits. – This urge is, in fact, one of the roots of imperialism, but not the only one.’[6]

Thus Bauer himself did not consider his Robinsonian notion of an ‘isolated capitalist economy’ to be sufficient as a scientific premise, i.e. as a serious single basis for investigation; on the contrary, he constructed it with one eye looking ahead to the other, non-capitalist countries. He treated us to a fulsome dissertation on the ingenious ‘mechanism’ of a capitalist society which could exist and prosper all on its own, all the time keeping the non-capitalist environment in reserve so that he could use it at the end to drag himself out when he became bogged down with having to explain imperialism in Robinson Crusoe’s island!

The careful reader of the footnotes and occasional critical remarks in the first volume of Capital, where Marx deals with the theoretical trickery of Say, J.S. Mill, Carey, etc., can probably imagine the punishment which Marx would have meted out to that sort of scientific method.

Racism, Sexism, and Transphobia at the 2021 Summer Olympics 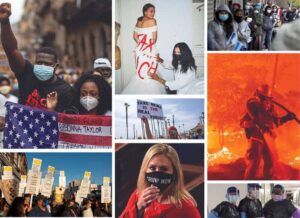 A New Era of Capitalist Instability 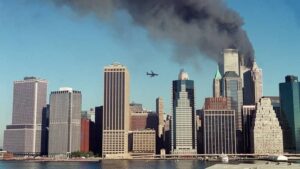 9/11 and the Endless Wars of U.S. Imperialism