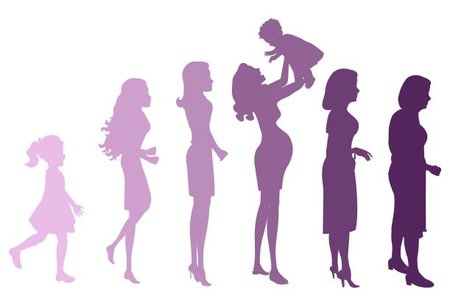 What is ‘Women’s Day’? Is it really necessary? Is it not a concession to the women of the bourgeois class, to the feminists and suffragettes? Is it not harmful to the unity of the workers’ movement?

Such questions can still be heard in Russia, though they are no longer heard abroad. Life itself has already supplied a clear and eloquent answer.

‘Women’s Day’ is a link in the long, solid chain of the women’s proletarian movement. The organised army of working women grows with every year. Twenty years ago the trade unions contained only small groups of working women scattered here and there among the ranks of the workers party… Now English trade unions have over 292 thousand women members; in Germany around 200 thousand are in the trade union movement and 150 thousand in the workers party, and in Austria there are 47 thousand in the trade unions and almost 20 thousand in the party. Everywhere – in Italy, Hungary, Denmark, Sweden, Norway and Switzerland – the women of the working class are organising themselves. The women’s socialist army has almost a million members. A powerful force! A force that the powers of this world must reckon with when it is a question of the cost of living, maternity insurance, child labour and legislation to protect female labour.

There was a time when working men thought that they alone must bear on their shoulders the brunt of the struggle against capital, that they alone must deal with the ‘old world’ without the help of their womenfolk. However, as working-class women entered the ranks of those who sell their labour, forced onto the labour market by need, by the fact that husband or father is unemployed, working men became aware that to leave women behind in the ranks of the ‘non-class-conscious’ was to damage their cause and hold it back. The greater the number of conscious fighters, the greater the chances of success. What level of consciousness is possessed by a woman who sits by the stove, who has no rights in society, the state or the family? She has no ‘ideas’ of her own! Everything is done as ordered by the father or husband…

The backwardness and lack of rights suffered by women, their subjection and indifference, are of no benefit to the working class, and indeed are directly harmful to it. But how is the woman worker to be drawn into the movement, how is she to be awoken?

Social-Democracy abroad did not find the correct solution immediately. Workers’ organisations were open to women workers, but only a few entered. Why? Because the working class at first did not realise that the woman worker is the most legally and socially deprived member of that class, that she has been browbeaten, intimidated, persecuted down the centuries, and that in order to stimulate her mind and heart, a special approach is needed, words understandable to her as a woman. The workers did not immediately appreciate that in this world of lack of rights and exploitation, the woman is oppressed not only as a seller of her labour, but also as a mother, as a woman… However. when the workers’ socialist party understood this, it boldly took up the defence of women on both counts as a hired worker and as a woman, a mother.

Socialists in every country began to demand special protection for female labour, insurance for mother and child, political rights for women and the defence of womens interests.

The more clearly the workers party perceived this second objective vis-a-vis women workers, the more willingly women joined the party, the more they appreciated that the party is their true champion, that the working class is struggling also for their urgent and exclusively female needs. Working women themselves, organised and conscious, have done a great deal to elucidate this objective. Now the main burden of the work to attract more working women into the socialist movement lies with the women. The parties in every country have their own special women’s committees, secretariats and bureaus. These women’s committees conduct work among the still largely non-politically conscious female population, arouse the consciousness of working women and organise them. They also examine those questions and demands that affect women most closely: protection and provision for expectant and nursing mothers, the legislative regulation of female labour, the campaign against prostitution and infant mortality, the demand for political rights for women, the improvement of housing, the campaign against the rising cost of living, etc.

Thus, as members of the party, women workers are fighting for the common class cause, while at the same time outlining and putting forward those needs and demands that most nearly affect themselves as women, housewives and mothers. The party supports these demands and fights for them… The requirements of working women are part and parcel of the common workers’ cause!

On ‘Women’s Day’ the organised demonstrate against their lack of rights.

But, some will say, why this singling out of women workers? Why special ‘Women’s Days’, special leaflets for working women, meetings and conferences of working-class women? Is this not, in the final analysis, a concession to the feminists and bourgeois suffragettes?

Only those who do not understand the radical difference between the movement of socialist women and bourgeois suffragettes can think this way.

What is the aim of the feminists? Their aim is to achieve the same advantages, the same power, the same rights within capitalist society as those possessed now by their husbands, fathers and brothers. What is the aim of the women workers? Their aim is to abolish all privileges deriving from birth or wealth. For the woman worker it is a matter of indifference who is the ‘master’ a man or a woman. Together with the whole of her class, she can ease her position as a worker.

Feminists demand equal rights always and everywhere. Women workers reply: we demand rights for every citizen, man and woman, but we are not prepared to forget that we are not only workers and citizens, but also mothers! And as mothers, as women who give birth to the future, we demand special concern for ourselves and our children, special protection from the state and society.

The feminists are striving to acquire political rights. However, here too our paths separate.

For bourgeois women, political rights are simply a means allowing them to make their way more conveniently and more securely in a world founded on the exploitation of the working people. For women workers, political rights are a step along the rocky and difficult path that leads to the desired kingdom of labour.

The paths pursued by women workers and bourgeois suffragettes have long since separated. There is too great a difference between the objectives that life has put before them. There is too great a contradiction between the interests of the woman worker and the lady proprietress, between the servant and her mistress… There are not and cannot be any points of contact, conciliation or convergence between them. Therefore working men should not fear separate Women’s Days, nor special conferences of women workers, nor their special press.

Every special, distinct form of work among the women of the working class is simply a means of arousing the consciousness of the woman worker and drawing her into the ranks of those fighting for a better future… Women’s Days and the slow, meticulous work undertaken to arouse the self-consciousness of the woman worker are serving the cause not of the division but of the unification of the working class.

Let a joyous sense of serving the common class cause and of fighting simultaneously for their own female emancipation inspire women workers to join in the celebration of Women’s Day. 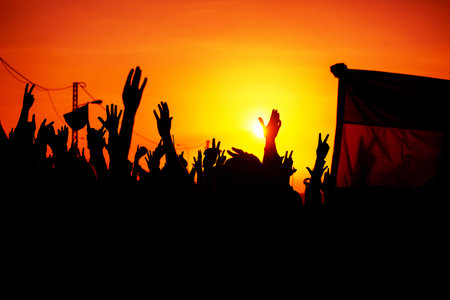 What Are the Origins of May Day?

The 1943 Famine in India and the role of Winston Churchill