How a Hollywood spy film brainwashes us

Walter Benjamin On the Concept of History [1940]

How a Hollywood spy film brainwashes us 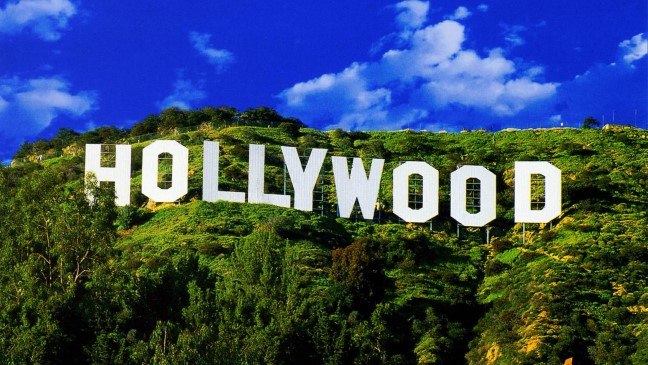 Why are so few of us truly fearful of the impending meltdown of capitalism, stoked by global corporations’ rape and pillage? And why are so many of us passive in the face of impending environmental catastrophe?

The answers, surprisingly, are to be found in a recent spoof spy blockbuster, Kingsman – The Secret Service. American Sniper may have enraged leftists for its overt jingoism and implicit war-cheerleading, but movies like Kingsman, which exercise their spell largely below the radar of political activism, are far more important in shoring up a climate of political submissiveness and naivety.

If Joseph Goebbels were alive today, this is the kind of movie he would be making – lappped up by audiences and winning general critical plaudits. Even critics who have panned it, as several did in the UK’s elite media, faulted it for its crudity; none seemed aware of its insidious faux class politics and faux environmentalism.

No suprise either that the film is made by Rupert Murdoch-owned Fox. Kingsman is the Sun or New York Post on celluloid. Its qualities – stylishness, humour and action – are there to distract us, to prevent us from noticing that we are being “brainwashed under freedom”. The drip-drip of films and TV shows like Kingsman is what keeps us worshipping at the alter of an ideology designed first to imprison us and then to destroy us.

Those critics who dislike the movie have highlighted its ending, which encapsulates the vulgar style of this brash piece of entertainment.

Our young working-class hero, Eggsy, groomed by a group of elite spies masquerading as Savile Row “gentleman” tailors, saves the world from an evil master-mind, Valentine, played by Samuel L Jackson with a lisp. Valentine too believes he is saving the planet: from inexorable climate change. He intends to cull most of the population, especially those from the lower orders.

But the reward of taboo sex actually tells us much more about the movie’s general political message. The whole film is based around outrageous stereotypes of class: a largely ignorant working class operating on violent Darwninian principles; and a sophisticated, self-sacrificing and clever aristocracy that secretly maintains order and security. The middle classes – the politicians, professors, diplomats – are mainly selfish oafs siding with Valentine to save their own skins.

The subtext of its ugly class politics, however, are obscured by a working-class hero myth that serves presumably to enthrall rather than alienate its target audience.

Eggsy is given the chance to break free from his working-class ghetto to join the honorable gentlemen spies. Only one of the group stands in his way. The snobbish leader, Arthur, played by Michael Caine as an Old Etonian, hates Eggsy, supposedly for his vulgarity. In fact, Arthur, we discover, has been concealing his true character. As Eggsy tricks him into killing himself, Arthur’s Alfie-style working class accent returns – his ability to hide his background fades as he dies.

Finally freed from the confines of the working class and able to reinvent himself as a dapper gent, Eggsy saves the world. His reward, in language more fitting to the film, is to “stick it” to a real princess. This across-the-class-divide sex revenge fantasy is ugly enough. But its function is to suggest – like some western version of the supposed Islamic martyr’s reward of 72 virgins – that those who aspire to join the honorable 1% will find their own sexual reward even before they ascend to heaven.

If the film’s class politics are bad, its faux environmental message is even worse.

Bad-guy Valentine is an environmentalist of sorts. He describes the state of climate degradation in fairly accurate and chilling terms, certainly for a Hollywood movie. Humans have become like a virus feeding off the planet, and, if they cannot end their self-destructive urges, then either they or the planet will die.

The problem is the film isn’t interested at all in that “if”. There are no alternatives offered – like restructuring society, or introducing new forms of sustainable energy. It’s either us or the planet. And Valentine decides to side with the planet. In true fascist style, he believes he must cull most of the population, saving those who can finance his dastardly scheme. He will begin life on Earth again with a much smaller population of humans.

Eggsy saves the world by leaving behind the working class, by reinventing himself as the part of the go-getting 1% ( a young Murdoch?) and by killing Valentine and – implicitly – the fanatical ideology of environmentalism that drives him.

As Eggsy finishes off Valentine and heads off for his reward with the princess, the film suggests all is right with the world again. The natural order has been restored. Climate change fades away as if Valentine’s concerns about mankind’s future died with him.

The film’s two messages – that the elites are there for the reason that they are best-placed to manage the world, and that enviromentalists are the real threat to our safety – are so crudely laid out that it is hard to miss them. And yet reading the reviews, miss them is precisely what the reviewers and, it seems, most audiences are doing.

There is a reason for that. What Kingsman shows overtly, the rest of our media implies more gently and artfully every day. We are now so deep in the cult crafted by corporate capitalism that it can show us the bars of our prison, laugh in our face and still know that we will pay to enjoy the ride.