The development of the revolution

The DEVELOPMENT of CAPITALISM in RUSSIA – Chapter I

The development of the revolution 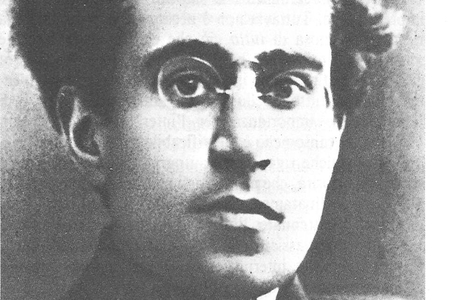 The fundamental theses of the Communist International can be summarized as follows:

1) the world war of 1914 – 1918 represents the tremendous demonstration of that moment in the process of development of modern history which Marx synthesized in the expression: the catastrophe of the capitalist world;

2) only the working class can save human society from the abyss of barbarity and economic collapse towards which it is pushed by the emboldened and maddened forces of the owning class, and it can do so organizing itself in a dominant class to impose its own dictatorship in the politico-industrial field;

3) the proletarian revolution is imposed and not proposed. The conditions created by the war (extreme impoverishment of the economic resources required to satisfy elementary needs of collective and individual life, concentration of the means of production and international trade in the hands of a small group of owners, colonial subjection of all the world’s countries to Anglo-Saxon capitalism, concentration, at national level, of the political forces of the owning class) can create these outcomes: either the conquest of social power by the working class, with its own methods and tools, to arrest the process of dissolution of the civil world and lay the basis of a new order in which it is possible to recommence useful activity and a vital energetic and rapid impulse towards higher forms of production and social life; or the death from hunger or exhaustion of a large part of the workers; or permanent slaughter for social decimation until the reestablishment of a balanced relationship between capitalistically managed production and the consuming masses.

Being part of the Communist International means in particular being persuaded of the urgent necessity to organize the dictatorship of the proletariat, that is to organize the proletarian movement in the most suitable forms and ways for the proletarian political system to become a normal and necessary phase of the class struggle fought by working and peasant masses. And it means that “the action and the strength of the proletariat,” distinct from what is affirmed in the programme of the Socialist Party and approved at Genoa in 1892, will be developed in this double aspect:

1) organization of the workers and peasants by unit of production (factory, agricultural firm, village, city, region, nation) towards the simultaneous training of the masses in self-government in the industrial and in the political field;

2) development of systematic and incessant propaganda action on the part of communist elements to rapidly conquer the powers of these proletarian organisms, centering them in a new type of state (the state of workers’ and peasants’ councils) in which will be embodied the dictatorship of the proletariat, after the dissolution of the bourgeois economic-political system.

These fundamental innovations to be introduced in the 1892 programme, are the result of concrete experience undergone by the workers of Russia, Hungary, Austria and Germany in their attempts to realize the revolution. They are to be taken as inherently necessary to the industrial development of the world capitalist population, because initiated by English and American workers, independently of the counterblows of general political circumstances (military defeat, etc.), as a normal reflex of the class struggle in the countries of most intense capitalist life.

The concrete revolutionary experience of the international working class can be summarized in the following theses:

1) the dictatorship of the proletariat, which communist society must establish, suppressing classes and the incurable conflicts of capitalist society, is the moment of most intense life in the class organization of workers and peasants;

2) the present system of organization of the proletarian class: association by trade (unions), by industry (federation), by complex of local and national production (Camera del Lavoro and Confederazione Generale del Lavoro), established to organize the competition to sell labour, is not suited, because of its competitive nature, to the communist administration of production and to embody the dictatorship of the proletariat. Organization by trade has been an effective means of defence of workers, since it has succeeded in limiting the excessive and arbitrary power of the capitalist class, imposing the recognition of the rights of the oppressed in questions of hours and wages. It will continue to develop this role, during the dictatorship of the proletariat and in communist society, functioning as a technical organism which resolves conflicts of interests between different trades and unifies nationally and internationally the levels of communist remuneration;

3) the organization of workers, which will exercise communist social power and in which will be embodied the dictatorship of the proletariat can only be a system of Councils elected in places of work and developed so that they participate in the process of industrial and agricultural production, coordinated and ranked locally and nationally in a such a way as to realize the unity of the working class over and above categories determined by the division of labour. This unification is developing even today in the Camere del Lavoro and in the Confederazione, but without mass effectiveness, because based on mere occasional and inorganic contact of central offices and individual leaders. In places of work this unification will instead be effective and permanent because it will result from the harmonic and developed system of the industrial process in its living immediacy, because it will be based on creative activity which forms a fraternity of will and unites the interests and feelings of producers;

4) only with this type of organization will it be possible to succeed in making the units of labour conscious of their capacity to produce and to exercise their sovereignty (the sovereignty must be a function of production), without need of the capitalist and of a limitless delegation of political power; to make producers conscious, that is, that their organized community can replace, in the general process of production of material goods, and thus in the process of historical creation, the owner and his sidekicks in industrial power and the responsibility of production;

5) the units of labour must be coordinated in superior organisms, connected by local interests and industrial links in the same territorial unit of production (province, region, nation) constituting the system of Councils. The replacement of individual owners by productive communities, connected and interlaced in a tight mesh of reciprocal relations tending to the care of all of the rights and interests released by labour, will bring about the suppression of competition and of false freedom, laying the basis of communist freedom and culture;

6) intimately amalgamated in the community of production, workers are automatically brought to express their will to power measured by principles strictly inherent in relations of production and exchange. The average proletarian psychology will quickly lose all the mythological, utopian, religious, petit-bourgeois ideologies: the communist psychology will quickly and permanently be consolidated, constantly raised by revolutionary enthusiasm, by tenacious perseverance in the iron discipline of labour and resistance against every open assault or trick of the past;

7) the Communist Party cannot have competitors in the intimate world of work. In the present period of class struggle, the pseudo-revolutionary parties flower: Christian socialists (who have an easy hold amongst the peasant masses), the “real” socialists (ex-combatants, petit-bourgeois, all the restless spirits eager for whatever novelty), the individualist libertarians (noisy conventicles of unsatisfied vanities and capricious and chaotic tendencies). These parties have invaded the streets and deafen the electoral markets with their empty and endless phraseology, with stupefying and irresponsible promises, with noisy teasing of the lowest popular passions and of the narrowest selfishness. These parties will have no hold on individual workers, if they are no longer to express their social will amongst the tumult and confusion of the parliamentary fairground, but in the community of work, by the machine to which today they are slaves and which will become their slave;

8) the revolution is not a dramatic act, it is a dialectic process of historical development. Each Council of industrial or agricultural workers which is born from a unit of labour is a starting point for this development, it is a communist realization. Promoting the development and multiplication of workers’ and peasants’ councils, determining the connection and organic organization up to the national unit to be gathered in a general congress, developing an intense propaganda to conquer the majority, is the current task of communists. The driving of this new flowering of powers which rises irresistibly from the great working masses, will determine the violent impact of the two classes and the affirmation of the dictatorship of the proletariat. If the basis of the revolutionary process is not laid in the intimacy of productive life, the revolution will remain a sterile call to the will, a cloudy legend, a deceptive Morgana: and chaos, disorder, unemployment, hunger will swallow and fragment the best and most vigorous proletarian energies.

Against Revisionism, in Defence of Marxism

A Caricature of Marxism and Imperialist Economism