Fidel Castro Stresses Firm Attitude of Venezuela amidst US Threats 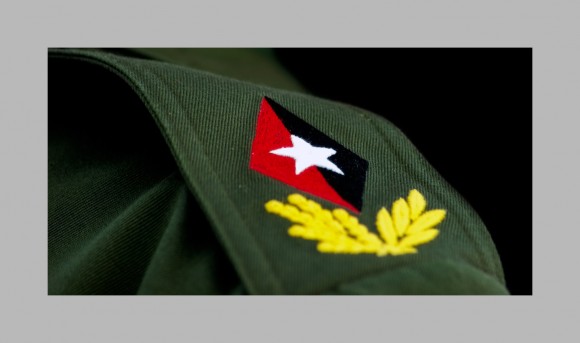 HAVANA, Cuba, In his most recent article, “Uncertain Future” published on Granma newspaper, Cuban Revolution leader Fidel Castro criticizes the stance assumed by the new general secretary of the North Atlantic Treaty Organization (NATO), praises the work of Stephen Hawking and referss to a Russia Today article on the Big Bang Theory.

Fidel says that while in evolution the Homo Sapiens, as unique being with a capacity to think among millions of living species, never had any idea of nature and the reason of its existence.

He recalls a Russia Today article by Laura Mersini-Houghton, denying the existence of the black holes and the Big Bang theory. He says this may imply a trauma for many people that turned the theory in an act of faith.

Fidel Castro goes on to praise the work of British scientist Stephen Hawking, particularly his books “A Brief History of Time,” which he said he will make an effort to read and understand, although he is fully involved in works related to food production, a priority in terms of quality and quantity, when efforts in that field may still yield important benefits. He also refers to Hawking’s book The Universe in a Nutshell.

He says that there so much we still ignore and very little that we know about our own ignorance, and that men can always learn something new and how to help the others and help ourselves.

In this context, Fidel Castro concludes his article by saying that he was following the statements given on Tuesday by the new NATO general secretary, former Premier of Norway, who over the past six days took that office.

Commenting the statements, Fidel says he perceived so much hatred in the face of the NATO Chief, his insistence in promoting an extermination war against Russia and then he asks the question: Who are more extremists than the fanatics of the Islamic State? What religion do they practice? After this, Can we enjoy eternal life at the right of God?