Comandante Fidel: Combatant to the End

Nobody Wants To Take The Bull By The Horns

Comandante Fidel: Combatant to the End 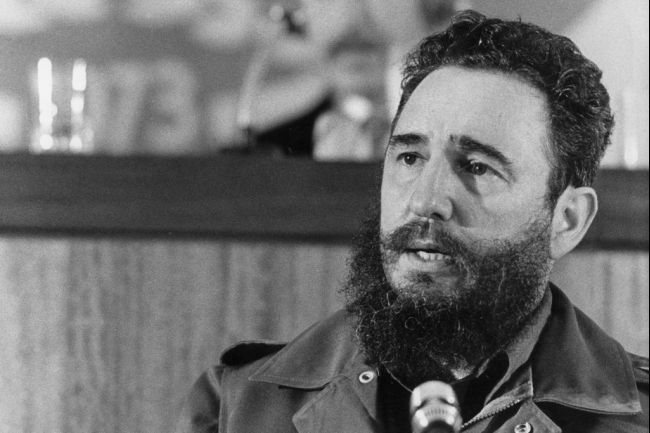 Fidel’s genius was his ability to meet the need for tactical steps, responding to the day’s urgencies, without losing sight of the strategic direction.
It could have been the armed struggle, terrorism, assassination or the serious illness which, at his own admission, nearly killed him in 2006; but in the end Fidel Castro lived through it all to die in peace.
His death, at 90, on Nov. 25, 2016, has dominated news around the world. In Cuba, there will be several days of mourning, a procession through the island, and funeral on 4 December. Most Cubans on the island will mourn Fidel and pay their respects. Somewhere, rising up through their grief will be a sense of pride; that nature took el Comandante, and not the enemy. It must have been a source of comfort for Cuba’s Commander in Chief. He was a man that led the call to arms from the front: against Batista’s dictatorship, against US imperialism, against the “Batistiano” – the former Cuban elite who never ceased plotting their inglorious return to power, a group he labelled “worms” (gusanos). Right up to his scathing reflection about “brother Obama” following the U.S. president’s visit to Cuba early this year, Fidel never stopped fighting for the sovereign, independent and socialist Cuba he pledged to build.

Trained as a lawyer and tested as a soldier, Fidel’s genius was his ability to meet the need for tactical steps, responding to the day’s urgencies, without losing sight of the strategic direction. Dismissing him as a “dictator” censors a rich history of debate, experimentation, and collective learning that has taken place in Cuba under Fidel’s guidance.

In the 1950s, Fidel set out the Moncada Program, which committed to bring social welfare and land reform to the Cuban people, and confiscate the ill-gotten gains of the Cuban elite. This was his promise to the Cuban people, who came out in their masses to cheer Fidel on the long road to Havana in the first days of 1959. And in this, clearly, Fidel has been absolved by history. Also in those first years, one million Cubans left the island, most of them for the United States where they formed a pocket of violent opposition to Fidel and the Cuban Revolution. Who were they? They were the landowners, the businessmen, the politicians, who surpassed even previously shocking standards of graft and corruption. They fled the island, temporarily they thought. However, despite the financial, military, political and ideological support they received from successive U.S. administrations and state institutions, the Revolution could not be dislodged: not through mercenary invasions, sabotage, terrorism or biological warfare, not through the threat of nuclear war, not through regional and international isolation, not through the U.S. blockade, not through inducements, nor corruption, nor assassinations.
It is these Cuban exiles, and their allies, who have dominated U.S. policy-making on Cuba – converting Cuba into a domestic political issue. They have established the paradigm for academic writing and commentary on Cuba, controlled the media narrative, and in general obstructed our ability to understand Cuba as a country, Fidel as a man, and socialism as an alternative development strategy. So none of us should be surprised that on his death, unlike Mandela, Fidel is not forgiven his “crimes,” but continues to be lambasted as a dictator, supposedly the oppressor of an entire nation.

Elsewhere, however and well beyond the shores of Cuba, millions in the world will mourn a leader they claimed as their own. The leader of a revolution which defeated a U.S.-backed invasion, who stood up to U.S. imperialism, who sent doctors, educators and development workers to the poorest regions on the earth – almost as soon as they were trained up for free in Cuba. In the 1960s, Fidel railed against imperialism and colonialism in the United Nations, supported revolutionary movements in Latin America, Africa and elsewhere, and hosted the Tricontinental Conference to coordinate anti-imperialist forces internationally. From the 1970s Fidel sent the first of some 400,000 Cubans to defend Angola from the colonial aspirations of apartheid South African. In the 1980s Fidel condemned third world debt as unpayable. In the 1990s he denounced the devastating human costs of neoliberalism and warned the world about the ecological crisis which threatened humanity and the planet. In the 2000s he opened the doors of the Latin American School of Medicine (set up in 1999) to poor students from Africa, Asia and elsewhere, so that they too could study for free and return to serve their poor communities, and the Battle of Ideas he led showed what could be achieved in the field of culture and education.
Cuba today, is incomparable with the Cuba of 1959; just consider the island’s achievements in health, medicine, biotechnology, culture, art, sport, and combatting discrimination of every kind. They have built a new and alternative system of democracy, without political parties, and political celebrities, in which politics is not a career, and principles are not invented by publicists responding to the latest polls. Yes, there have been mistakes and shameful episodes. But Fidel’s strongest serious critic was always himself, just listen to his interviews with Ignacio Ramonet and Oliver Stone.

One thing we can assert is that Fidel stuck to his principles. A recent book by William LeoGrande and Peter Kornbluh on the secret history of negotiations between Washington and Havana documents that almost as soon as diplomatic relations were broken, their respective governments pursued avenues to restore or improve them. What is also clear, however, is that at various moments in history Fidel rejected an offer to reduce hostilities, to lift the U.S .blockade for example, because they were pre-conditioned on abandoning some anti-imperialist (or in the case of Angola, anti-racist) internationalist cause: withdrawing troops from Southern Africa, stopping vociferous support for Puerto Rican independence, ending support for the Central America revolutionary movements, and cutting off ties to the Soviet Union. These were demands that Fidel would not countenance. Commitment to international anti-imperialism could not be traded. “Men make their own history,”observed Karl Marx, “but they do not make it as they please; they do not make it under self-selected circumstances, but under circumstances existing already, given and transmitted from the past.”

Fidel has made history, and history has absolved him, even as, in his death, those ideological enemies continue to rage against his life.

Dr. Helen Yaffe is the author of Che Guevara: The Economics of Revolution (Palgrave Macmillan, 2009) and a specialist on Cuban and Latin American economic history. She is a Fellow in the Economic History Department at the London School of Economics. Helen has spent several years living and researching in Cuba.