CAN SOCIALISM SAVE THE PLANET?

It Is Imperative To Immediately Have An Energy Revolution

CAN SOCIALISM SAVE THE PLANET? 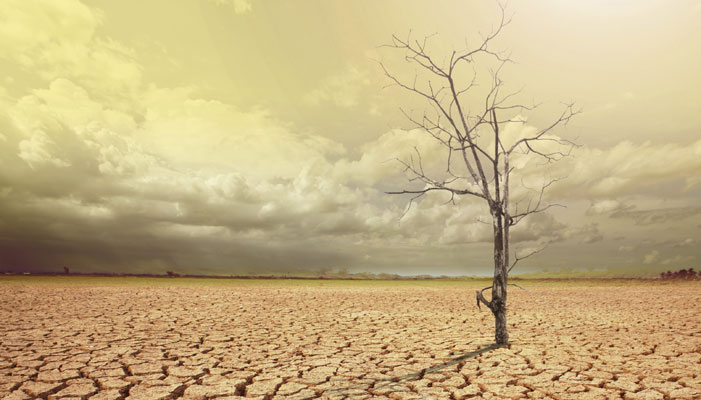 CLIMATE CHANGE clearly shows capitalism’s short-term, utterly irresponsible attitude towards the environment. Global warming is mainly caused by burning fossil fuels.
Already the world is getting warmer; sea level is rising; storms and flooding are increasing. Some of the first countries to welcome the new millennium, islands in the Pacific, will be under water by the end of this century.
Storm damage is increasing dramatically with growing loss of life and damage to homes and infrastructure. In 1998 natural disasters killed more than 50,000 people and destroyed $65 billion worth of property and infrastructure. Most of the victims are poor, but no country can escape.
In Canada, one of the world’s most developed countries, the costs of weather-related disasters have increased ten times faster than the economy since the 1980s. In 1998 insured losses were $1.45 billion; in 1984 they were $39 million.
Despite many international conferences and overwhelming scientific evidence, most of big business and governments have made no significant change. Releases of carbon dioxide and other greenhouse gases need to be cut by 60% yet all that has been agreed is to reduce the rate of growth. Even these agreements aren’t being met.

ALL HUMAN activity depends on the environment. Food, air, water and all the goods we use originate from the material world around us, from the environment. As Marx wrote over a century ago: “Nature is just as much the source of use values as labour”. (Critique of the Gotha Programme, 1875)
The modern economy takes resources from the environment and turns almost all of it into waste, either by-products of making commodities or as the end of the line for the goods themselves.
In natural systems and most pre-capitalist societies, resources and end-products are inter-linked. Matter circulates, being re-used time and time again. Plants use carbon dioxide for growth and give off oxygen as waste, animals use oxygen to live and give off carbon dioxide as waste.
All living things, at the end of their lives, provide food and resources for other living forms. There are no garbage dumps of unused and unusable matter in nature.
At present, the world’s energy system is extremely wasteful, based on burning fossil fuels (coal, oil and gas) which took hundreds of millions of years to produce. At the present rate of waste, there are dangers that all accessible sources could have gone up in smoke in a few hundred years, leaving only pollution.
Fossil fuels are valuable raw materials for a host of products. There are plentiful alternative sources of energy which are constantly renewed, such as wind, water and sunlight. Many of the world’s largest corporations depend on burning fossil fuels for profit, however, so these are neglected.
Many potentially renewable resources – clean air and water, vegetation (crops and forests), soil and fish stocks are being damaged and used up faster than they can renew themselves.
Most “waste” – metals, plastics, paper, vegetable matter and building materials – could be re-used and should be viewed as raw materials for future processes.
Some wastes – heavy metals, pesticides, nuclear materials, some plastics etc, – are extremely hard to re-use safely or even dispose of. At present almost all these materials are dumped back into the environment – land water and air – in the hope that they sort themselves out over time.
This huge waste of potential resources damages the environment and people’s lives enormously. Instead most “waste” should be re-used or recycled. The production of harmful or hard-to-recycle materials should be drastically curtailed or stopped.

ECONOMISTS AND business try to exclude the impacts of extraction of resources and waste disposal from their concern. Capitalism tries to avoid responsibility for the damage it does to the environment. It pushes the costs onto others, now and into the future.
If it had to pay the full costs of its actions, profits would be hit drastically, so capitalism describes these cost as ‘external’.
Big business’s view, that the environment is outside and apart from human activity, is utterly false. But some environmentalists also hold this outlook.
All life is affected by, and has an effect on, its environment. The environment is a product of life. But concentrating on saving the ‘environment’, by setting aside areas of land for preservation doesn’t tackle the main issues.
Of course areas of land should be maintained as parks, areas of beauty and importance to different plant and animal species. However environmental processes don’t stop at the boundaries of parks.
Arctic polar bears and Antarctic penguins have modern chemical poisons in their bodies although they live thousands of miles from the sources. The solutions to environmental problems can be found in the ordinary processes of life, how goods are produced and how people live their lives.
In recent years some sections of business have reduced some of their negative impacts on the environment by making their use of energy and raw materials more efficient and reducing the amount of waste they produce.
These changes are mainly driven by profit though in some cases laws have been introduced due to pressure from below.
The average car is more energy-efficient and cleaner than 20 years ago, but the total damage caused by cars has increased as there are now so many more. Despite improved efficiency, car pollution causes 24,000 premature deaths a year in Britain.
Cleaner engines fail to solve many problems caused by cars. Cars cause congestion, dominate cities’ public spaces, break up communities and encourage urban sprawl. Car-based transport consumes large areas of land and huge amounts of resources.
Of course technical improvements are welcome. Already it’s possible to produce the same number of goods with a quarter of present levels of energy and materials.
The barrier is not technology; but capitalism, which depends for its survival on an ever-increasing volume of production, using more and more resources and producing more and more waste. To boost its markets, capitalism spends $1,000 billion a year on marketing.
Many products are designed to last only a few years. Capitalism constantly seeks to produce more, not mainly to satisfy human needs but to increase profits. The same motive which makes capitalist car manufacturers world-wide threaten their workforce with the sack also pollutes and kills millions.

IN THE past, the working class were to the front in many struggles to improve the environment, such as clean water and air, and to create parks in Britain. In most of the Third World, environmental struggles are closely linked to the struggle for better living conditions.
However in the industrialised countries many prominent environmental issues were around preservation of wilderness, countryside and individual species. This approach separated concerns about the environment from social issues.
Protecting the environment was also presented as being about individual choices rather than about how society is run. Some environmental movement activists blamed workers as much as industry’s owners for environmental damage. All of these put off some workers from environmental concerns.
Recently it has become more and more apparent that the working class and the poor suffer the most from environmental damage. It has also been even clearer that the main culprits are the large corporations and the governments that defend them.
Capitalism exploits both people and the environment in order to make profit. People who don’t produce a profit, such as the unemployed, children and old people are put on the scrap heap. Capitalism wastes people and resources.
More and more, people see that the environment is a global issue and there are close links between environmental and social struggles.
The recent mass demonstrations on 18 June and in Seattle last November are part of the growing unity of environmentalists and labour movement activists in a common struggle against capitalism.
In the past human activity, usually through ignorance, damaged a local environment which in turn harmed the local society. But now capitalism damages environments around the world, not through ignorance but out of choice, putting profit first.
Capitalism’s actions cause suffering for millions of people. The fight against capitalism is both for the benefit of people and for the environments we depend on.
To win a victory, it is better to fight for something positive rather than just against negatives. Capitalism is the cause of most of the linked environmental and economic problems of the world today.

Socialism offers a way of living that isn’t dominated by profit, greed, exploitation, ever-increasing wasteful production and environmental damage. The real democratic running of society, where people have control over economic decisions, would make a big difference.
Production could be organised so that materials are re-used, waste is almost eliminated and what waste is produced would be treated. We could use technology and science to understand the world better, so that human activity becomes more in line with the flows of natural systems.
The economy would be organised to meet people’s needs for now and the future, so environments would be protected. In other words, a socialist world would have diverse, healthy and attractive environments where people and other life would flourish.